bluesy Kingsnakes plan holiday revival show at The Plus 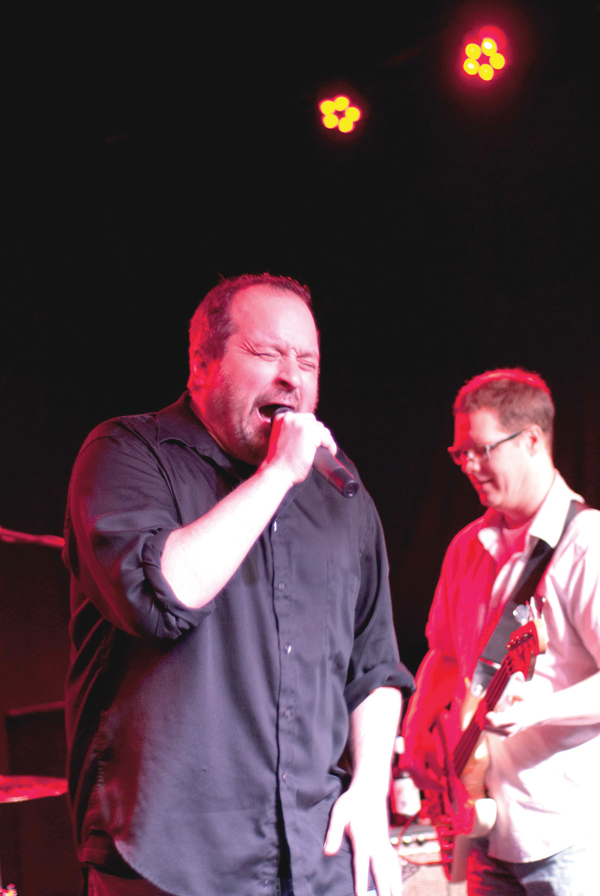 Nothing says “Boxing Day” like
a screamin’ Adrian Klenz.

The day after Christmas, instead of chucking the tree onto the front curb and tangling up all your holiday lights, why don’t you head down to Pizza Plus for some sweet tunes from The Kingsnakes and South Farwell? The Kingsnakes are a high-energy blues band that broke into Eau Claire’s music scene in the mid-1990s. Founded by college roommates Adrian Klenz (vocals) and Ryan Harrington (guitar and vocals), the Kingsnakes have a sound that has transcended the fads of the past two decades. “Blues is the main foundation of our music,” said Klenz, “but there are definitely elements of rock ’n’ roll and jazz to it.” Klenz compares their music to the swing blues that have come out of Kansas City but “with an emphasis on horns.” While the band has seen its fair share of members come and go, Klenz and Harrington have always remained constant. Five years ago, Harrington moved to Germany to teach English, but every holiday season he makes it back to Eau Claire to light up the stage with Klenz. “As time goes on,” said Klenz, “there’s really an open invitation to any original members to come play.” On Friday, Dec. 26, the Kingsnakes will “harken back to the days of the Eau Claire music scene” when they perform at The Plus with South Farwell, another old-school Eau Claire band featuring lead vocalist and guitar player Bill Bolles, formerly of local band EasyChair. Klenz describes their music as soulful and gritty, and he’s super stoked to be playing with them this holiday season.