Should I Wear a Face Mask? a Local Physician Weighs In

Wisconsin can learn a lot from Germany's pandemic approach 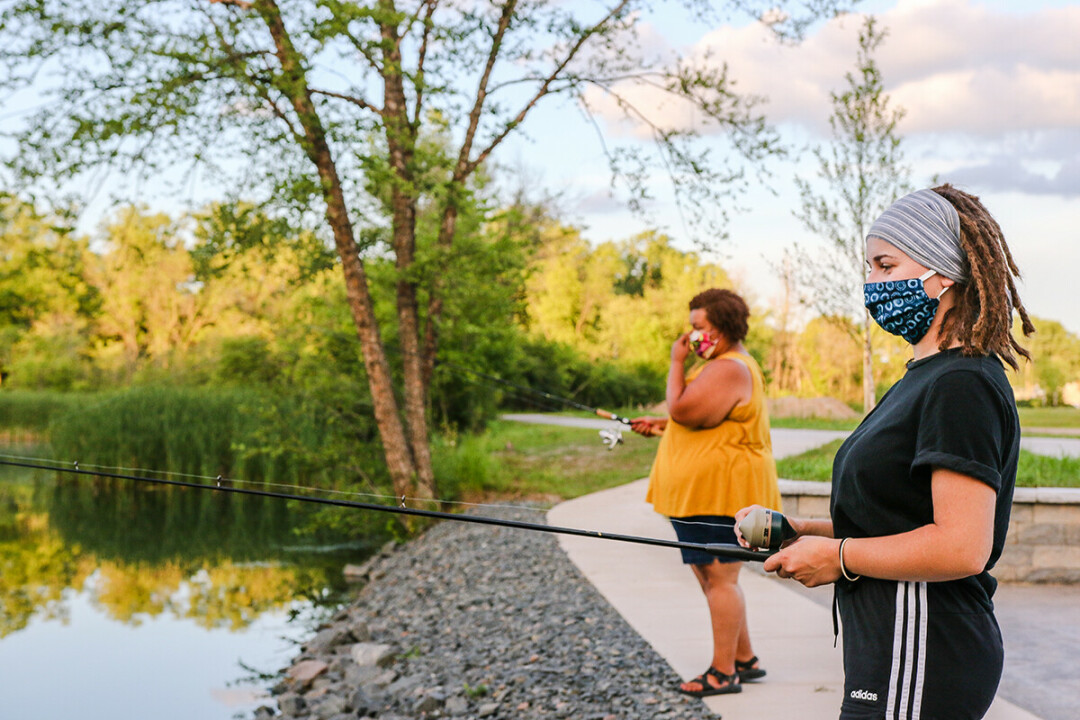 For many people in the Chippewa Valley, cloth face coverings have become a part of daily life.

I was shocked when I read back in January that the first case of COVID-19 in Germany was diagnosed in my former hometown Munich. In retrospect, it made sense that Munich was at high risk to be affected early by the highly contagious coronavirus, as it is a very international city with 1.6 million residents, has a busy international airport, and is home to large international companies such as BMW and Siemens. It is also a tourist destination (particularly during the well-known Oktoberfest): More than 70 million people from all over the world visit Munich every year.

The numbers of COVID-19 cases rose quickly in Munich, and just six weeks later there were more than 250 new cases in Munich in a single day. Munich hospitals were preparing for a surge of patients. At that time I was with my wife and my 5-year-old son at Disney World in Orlando, Florida, and I was grateful that here in the United States everyone seemed to be relatively safe, with only a couple of cases in the State of Washington and frequent reassurance of the public that the situation was fully under control.

Life in Munich has returned to near normal for now. Businesses – including restaurants – are open, and people are enjoying themselves in the many beer gardens. The number of new infections stayed low despite starting to reopen the economy already in early May.

As we all know, the situation has dramatically changed. The U.S. currently sets daily worldwide records for new COVID-19 cases with several areas at risk of becoming overwhelmed. Current news from Houston, Texas, remind us with horror of what we had seen in Italy just a few months ago and what we thought we had left behind us after the painful lockdown. On the other hand, the situation in Munich is now very different with very low numbers of new infections and relatively few deaths. Life in Munich has returned to near normal for now. Businesses – including restaurants – are open, and people are enjoying themselves in the many beer gardens. The number of new infections stayed low despite starting to reopen the economy already in early May.

What made the difference?

From early on, Germany – including Munich – implemented the same mechanisms that have proved to work in other countries. These not only included a temporary lockdown with closing of nonessential businesses to decrease the numbers of new infections, the expansion of testing capabilities, and contact tracing, but also a frank communication by the government of available evidence and data with a common ultimate goal to be achieved: a gradual reopening of the economy following detailed guidelines and metrics with a mandate to wear masks as a protective measure to limit the spread of the virus as one of the core elements.

In Wisconsin, the effectiveness of the lockdown was probably very similar. It can be debated if the “Safer at Home” order was lifted prematurely in Wisconsin, but I think the key difference leading to the very different outcome was the number of people who actually wore face masks after the order was lifted. Although most counties in Wisconsin encouraged the wearing of face masks, only a minority of Wisconsinites have been doing so until now. A recent study shows that only 41% of Wisconsinites wear a mask to the grocery store. This is consistent with what I observe in Eau Claire, and it is not enough to protect the community. In my opinion, this is one of the main reasons why the number of cases in Eau Claire will continue to climb as it has if there is not a significant change in behavior right now.

In Bavaria there was an extensive political debate about the necessity of a mask mandate. This was not an easy decision because Bavarians, not unlike Wisconsinites, do not like to be told what to do. The prime minister in Bavaria, however, felt that given what is at stake for public health and the economy, a face mask mandate as a minor inconvenience was justified to make sure that the achievements of the lockdown would not be lost and that the enormous sacrifices by the people would not have been in vain. Without a mandate, it was supposed that too many individuals would choose not to wear face masks when going to the supermarket or using public transportation and thus would risk spreading the virus.

In Bavaria there was an extensive political debate about the necessity of a mask mandate. This was not an easy decision because Bavarians, not unlike Wisconsinites, do not like to be told what to do.

It is exactly this frustrating scenario that has become a reality all over the U.S., including Wisconsin and Eau Claire. At the end of the painful lockdown there were still too many COVID-19 cases in the community when the economy was reopened to allow face masks to be optional.

It is possible that a strict face mask mandate instead of just an encouragement could have potentially prevented or slowed the ongoing surge of cases, but this is of course not certain. The unnecessary politicizing of masks in the U.S. and the changing and contradictory recommendations by the Centers for Disease Control and government leaders did not help to build trust and compliance in the population.

After the state Supreme Court struck down the “Safer at Home” order in Wisconsin, we all saw photos of packed bars with patrons rubbing shoulders without face masks. The desire to get out was understandable after staying home for so long, but based on common sense this just could not work out and the virus has spread again as expected.

Working as a physician in Eau Claire for the last 10 years I am used to routinely wearing face masks at work because they are proven to decrease the spread of infections. Physicians commonly wear face masks at the hospital to protect themselves but primarily to protect their patients – for example during sterile procedures to minimize the risk of causing an infection for the patient. Health care professionals are therefore used to accepting the minor inconvenience of wearing face masks for the greater good of protecting the health of others.

This concept of altruistic face mask use is of paramount importance in the current pandemic. Countries and states that accepted and adopted universal face mask wearing to protect each other had significantly fewer sick people and deaths compared to countries and states that opted not to adopt this approach effectively. Universal mask wearing has been shown by studies to be one of the very few effective measures to slow the spread of this disease.

The coronavirus is tricky, because it is often spread by individuals without any symptoms or fever, meaning that virus carriers can continue to feel well, do not stay at home and do not self-isolate, and might continue to have close contact with other people and therefore spread the disease. According to published data, there is currently a surge of cases among Eau Claire residents in their 20s who often have no or very mild symptoms. Just to give an example, you could imagine a 20-year-old student contracting the coronavirus during a party on Water Street without knowing it. This student might continue to feel great and could work a few days later at the check-out of a local supermarket during senior hour. This is a very realistic scenario which could lead to the infection of many vulnerable customers if the student and the customers do not wear face masks to protect each other. This is just one of countless examples that illustrate that every person – including asymptomatic individuals – has to wear a face mask if they come in close contact with others to reduce the risk of giving the disease to the people they interact with. That is why I ask my fellow Eau Claire residents to please wear face masks whenever coming in contact with others, particularly when a safe distance cannot be maintained.

We have signs of hope. Many customers heading to the Eau Claire farmers market wear face masks, making a visit to this well-ventilated marketplace a lower-risk activity. There are, however, still many businesses in Eau Claire where neither employees nor customers wear masks, which puts the community at risk. The recent response by the Eau Claire Area Chamber of Commerce encouraging masks is a very good start to change this behavior. Businesses will ultimately benefit, as the risk for a new shutdown is minimized, and only a healthy community can bounce back economically in the long run.

I am also encouraged by the decision of Dane County to be the first county in Wisconsin to introduce an indoor face mask mandate. I am hoping that our county will adopt the same approach very soon to turn the current dangerous development around and to keep the residents of Eau Claire healthy, avoiding a surge of patients at local hospitals. Until we have a local face mask mandate, I hope that more community members decide to do the right thing and start wearing masks to protect others.

Jan Stauss, M.D., who is originally from Munich, Germany, is a board certified diagnostic radiologist and nuclear medicine radiologist. He lives in Eau Claire.