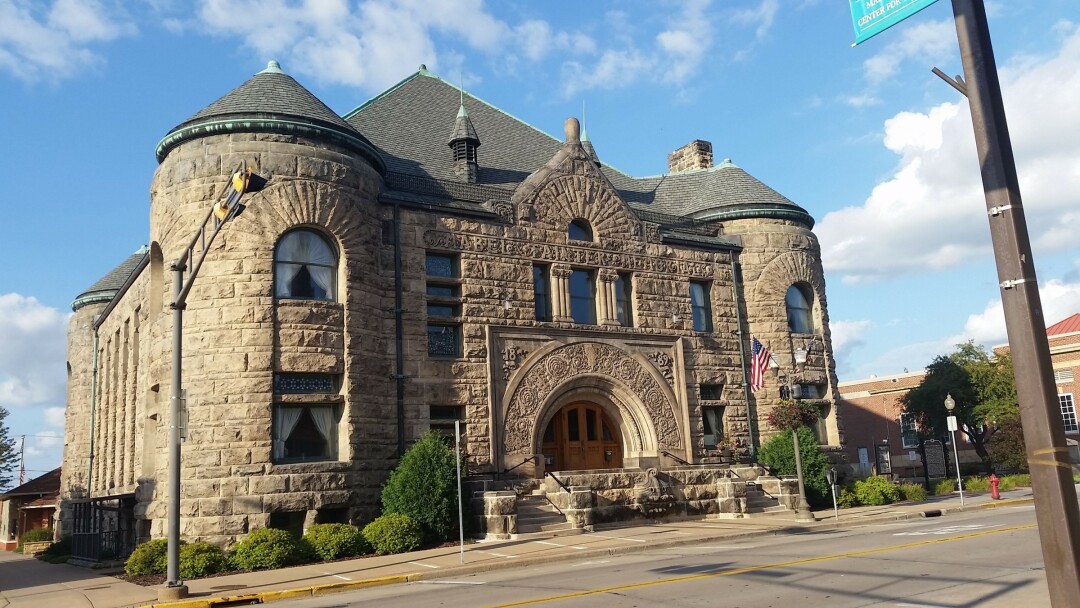 The Mabel Tainter Center for the Arts is a landmark in downtown Menomonie. (Submitted photo)

The Mabel Tainter Theater in Menomonie has decided to suspend its fall season, as its board of directors decided to honor the safety of the community by canceling or rescheduling its performance lineup, according to a Thursday press release. Come November, the board will decide on holiday events and the future of the 130-year-old theater’s programs. During this time, they will still offer tours of the historic building and accept donations to support the theater, though they will be unable to use their performance space due to concerns over the COVID-19 pandemic.

“We want to assure you that we are working hard to ensure that our Mabel will be around for the next 130 years,” the media release said. “We are working on various live-streamed events to make sure there is programming for you to enjoy for the foreseeable future and working on our live-streamed Night at the Mabel Fundraiser on Oct. 3; details of those events coming soon.”

The full press release can be read here:

Mabel Tainter Prepares for the Future

Throughout this pandemic our amazing community has thrown their support behind locally owned small businesses and community non-profits, like our Mabel. That financial support has helped keep the heartbeat of our great city alive. But we know many people, businesses, and organization have had to make some tough choices during this crisis. For the Mabel, it has been hard to cancel programming and only welcome limited numbers of patrons in our doors, but it has been the decision that has helped keep our community safe. That is why we wanted you to know that the Board of Director has decided to continue to honor the safety of our amazing community and has made the tough decision to suspend our Fall 2020 season through the end of November. As time goes by, we will assess our holiday programming for December and will make decisions on future programming at that time.

As our Executive Director, Jeff McSweeney, has called this, our “intermission” will be continuing for the foreseeable future. However, during this intermission it is also important to reflect on the many accomplishments that Jeff McSweeney, and our Mabel, have made over the past 2 years. Jeff started in the summer of 2018 and set forth a list of goals to accomplish – and accomplish them he has. From paying off the Mabel debt, to increasing diverse programming, to growing our donor base and offering the Mabel space for more community events, Jeff has been able to exceed his goals and set the Mabel up for success.

We also want to let everyone know that Jeff McSweeney has made the decision to take the next step in his career and has accepted a job as the Executive Director of Big Brothers Big Sisters of the 7 Rivers Region based in La Crosse, WI. We want to thank Jeff for the amazing work he has performed over the past 2 years.  He is leaving the Mabel in a better place than when he started and for that we are forever grateful. The board will be making some forthcoming decisions during this transition as Jeff will continue his dedication to our Mabel until August 21st.

On July 3rd of this year, the Mabel celebrated 130 years of service to our community. Though our “intermission” will continue, we want to assure you that we are working hard to ensure that our Mabel will be around for the next 130 years. We are working on various live streamed events to make sure there is programming for you to enjoy for the foreseeable future and working on our live streamed Night at the Mabel Fundraiser on October 3rd; details of those events coming soon. Thank you all for your ongoing support of our Mabel and we look forward welcoming you back when this intermission is over.

With thanks and gratitude for your support,