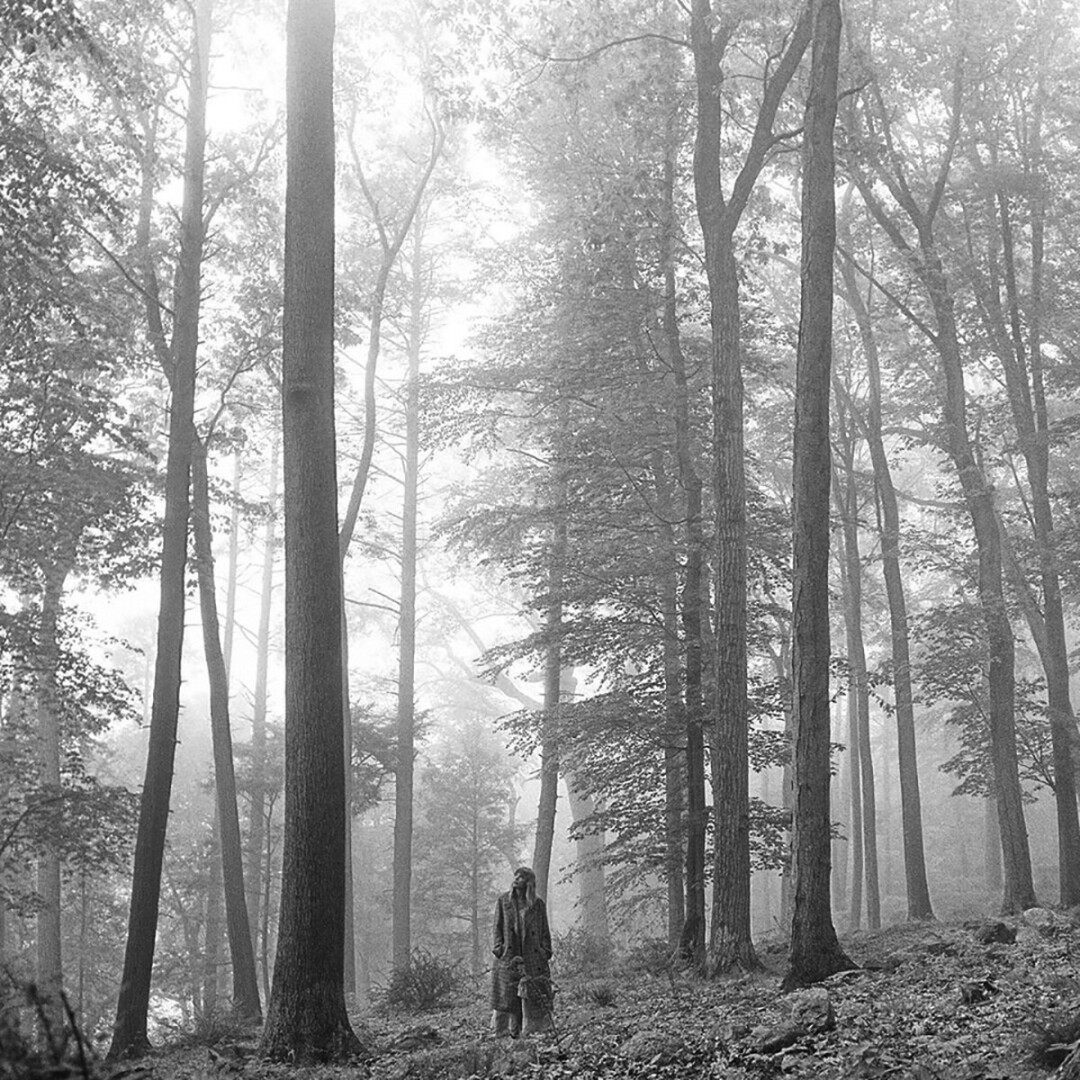 Taylor Swift said she recorded her new surprise album, folklore, in isolation. Who knows what isolation looks like for Taylor Swift, but … it makes sense that she’d call on somebody who knows a little somethin’ about that – Justin Vernon of Bon Iver, who famously recorded his band’s debut while secluded at a Wisconsin cabin. You’ve probably heard it?

Anyway, Vernon sings with Swift on the new album – her eighth studio album, which drops tonight at midnight (11pm Central Time) – and co-wrote a song with her called “Exile.”

The cover art for folklore bears a certain … Bon-Iver-ish-ness as well, featuring Swift wearing an oversized trench coat walking among the trees, grayscaled for dramatic effect.

folklore is 16 tracks, 11 of which were co-written or produced by Aaron Dessner of The National, who teamed up with Vernon to curate the Eaux Claires Music & Arts Festival here in town.

So yeah, check that out when it drops tonight.

And just so we’re keeping track, Vernon has now collaborated with both Swift and Kanye West, longtime archrivals in the A-list music biz. Not many people can say that.

Anywho, here’s what Swift had to say about the album in today’s announcement:

“I wrote and recorded this music in isolation but got to collaborate with some musical heroes of mine; Aaron Dessner (who has co-written or produced 11 of the 16 songs), Bon Iver (who co-wrote and was kind enough to sing on one with me), William Bowery (who co-wrote two with me) and Jack Antonoff (who is basically musical family at this point).”

“Before this year I probably would’ve overthought when to release this music at the ‘perfect’ time, but the times we’re living in keep reminding me that nothing is guaranteed.”

You can stream the album online wherever you do that, or I’m sure it will find its way to you sooner or later whether you like it or not. Enjoy!